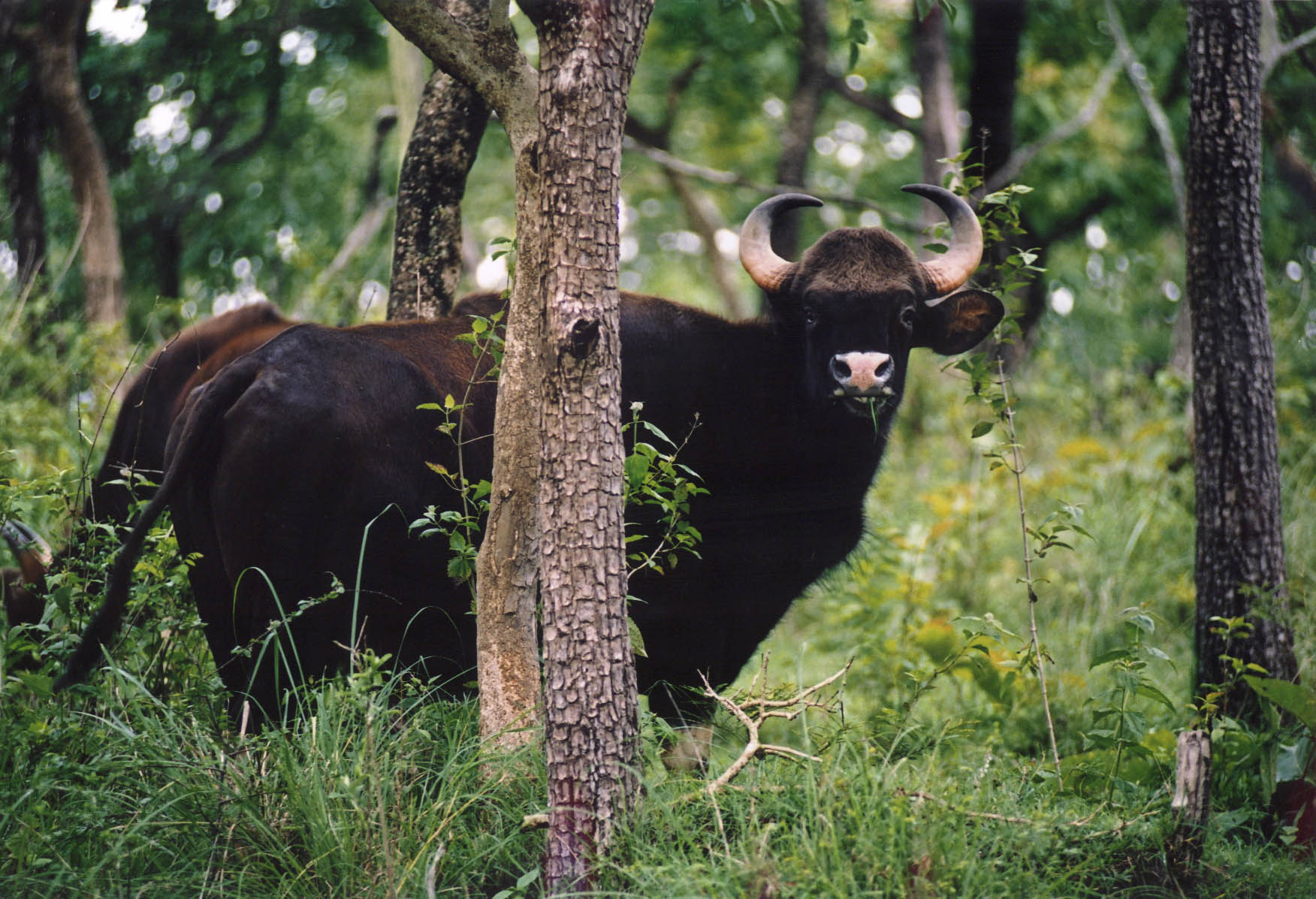 Wayanad is a hill station at North Kerala. The name Wayanad is derived from Vayal Nadu which means the land of paddy fields. It is a picturesque plateau situated at a height between 700 meters and 2100 meters above sea level nested among the mountains of the Western Ghats on the Eastern portion of North Kerala and on the sides of Tamil Nadu and Karnataka States. About 885.92.sq.km of area is under forest. The culture of Wayanad is mainly tribal oriented. Though considered as backward, this District is perhaps one of the biggest foreign exchange earners of the State, with its production of cash crops like Pepper, Cardamom, Coffee, Tea, Spices and other condiments.

Pookote Lake : Set in a beautiful valley and surrounded by evergreen forests and wooded hills, Pookote is one of Wayanad’s top visitor draws. This natural lake near Lakkidi is just a short distance off the NationalHighway212. It has been developed as a recreational center having boating facilities, children’s park, shop for souveniers and spices, and a fresh water aquarium. Replete with a cafe and restautant, this is a good setting for day outings with family.


Sentinel Rock Falls : Locally known as Soochipara, this is a very porular leisure destination. While younger visitors love to romp in the pool formed at the foot of the fall, the more restrained can have equally good fun just taking in the scenery.

Kanthanpara falls : Relatively smaller than sentinel rock, and rather less frequented, Kanthanpara and it’s surroundings are nonethless very pleasant. An easy hike away from the main road, it’s perfect for picnics.

Sunrise Valley : As the name indicates, Sunrise valley is great place to watch the rising and setting sun amidst dramatic mountain scenery. The place also offers a panoramic view of the valley beneath with the river chaliyar meandering along gracefully.

Karapuzha Dam : The large Irrigation baased dam site is set amidst picturesque surroundings. It is another fine venue for picnics.

Kuruva Island : The Kuruva Island with the 950 acres of evergreen forests lies on one of the tributaries of the River Kabani This calm and peaceful Island is home to a variety of birds, butterflies and orchids.

Karalad Lake : A 10.5 acre lake with a charming grove surrounding it,Recreational park with facilities for boating fecilities are available right now. Karald is now being developed as a centre of base camp for Adventure activities like Zip-Line, angling, Archery, Panit Ball, Tented accomodation and Water Zorbing.

Sulthan Bathery Jain Temple : This temple is one of the most important amongst a series of ruins spread across the state of Kerala that testify a period of strong jain presence in this region. Beleived to have been built in the 13th centuary it served as a hindhu shrine, an important center for commercial activity and eventually as a battery(ammunition store) for Tippu sulthan’s Marching armies.

Edakkal Caves : An interesting trek up the Ambukuthy hill near Ambalavayal town takes you to the fascinating neolithic cave site of Edakkal. Etchings found on the walls of this caves have drawn the serious attention of archaeologists and historians worldwide. With atleast three distinct sets of petroglyphs, the earliest thought to date back over 3000 years, it is assumed that the Edakkal caves have been inhabited at various stages in history. An interesting attraction close by is a telescope installed by the DTPC a few feet from the caves that offer a panoramic view of the surrounding country.

Wayanad Heritage museum : Located in the town of Ambalavayal, this museum is home to an interesting collection of articrafts that shed light on history, culture and heritage of Wayanad region. Those include headgear, weapons, pottery, and various objects associated with tribal life. A series of pictorial rock edicts reffered to as Hero stones, memorise a bygone age of valiant warriors. Adjoining the museum is a small theater where you can watch a multimedia presentation on Wayanad.

Muniyara : Excavations at various points around the foot of the Ambukuthy hill have unearthed a distinctive series of ancient burial vaults ccommenly called Muniyaras. Remnants of Stone age tools and pottery found within these cellars are now displayed at the Wayanad Heritage museum Ambalavayal.

Uravu : This is a charitable trust that works in the area of indegenous sciences and technology. They run a successful bamboo crafts design and production centre along with a bamboo nursery. Uravu has a whole new range of functional and decorative products created out of this wonderful material found abundantly in Wayanad. You can view and shop for products at their sales oulets, one at Thrikaipetta and another at Pookote Lake.

Chain tree : The large Ficus tree bound by a prominent chain is the source of a dramatic local legend. As the tale goes an Adivasi youth named Karinthandan was instrumental in guiding a British Engineer through the difficult mountain terrain into Wayanad. Eager to take credit for the discovery, the engineer conveniently killed his guide, whose soul, according to the legend, constently haunted subsequent travellers. It is further beleived that a preist chained the troublesome spirit into this tree.

Pallikkunnu Church : Dedicated to the Lourdes Matha, Pallikkunnu church was established in1905 at the initiative of a French Missionary Fr. Jeffrine. An interesting aspect of the church is that it has several rituals and practices similar to those prevalent in Hindu temples. The annual two week perunnal festival in early februvary draws large throng of devotees from other parts of kerala, as well as outside.

Korome Mosque : The nearly 300 year old mosque is built i traditional Kerala style with extensive wood carvings. Originally built by the local Nair gentry, Korome mosque to this day is seen as a sterling example of communal amity. The annual Uroos feestivities draws participants from all communities.

Paingatteri Agraharam : This is a settlement of Tamil Bhramins organnised in the classical architesturel typology of row houses. Their ancestors are beleived to have come from Thanjavur in Tamilnadu as cooks to the royal household of the Kottayam dynasty.

Pazhassi Raja’s Tomb : Pazhassi Raja, a scion of the Kottayan royal family was one of the earliest to strike the banner of revolt against the British overlordship in this part of India. Taking refuge in the Wayanad hills, he resorted to classic techniquesof guerilla warfar against superior British forces. He remained sucessful for a remarkable long periof until finally the English bought in heavy reinforcements from Madras and Bombay. Thias Lion of Kerala was downed in a ferocious encounter that took place at Mavilanthode in the last days of 1805. Pazhassi’s tomb marks the point where he was cremeated.

Valliyoor Temple : This temple dedicated to the Mother Goddess, manifest in the three principal forms of Vana Durga, Bhadrakali and Jala Durga is an important place of worship for the tribal communities in Wayanad. The annual 15day festival is in March-April.

Seetha Lava-Kusha Temple : This is the only known temple dedicated to Lava and Kusha, the sons of Lord Rama. Local legends connect this region with many important episodes from Ramayana. As the favoured shrine of Pazhassi Raja, this temple has traditionnaly permitted entry to devotees from all faiths.

Thrissilery Siva temple : The stunning temple of rather perfect architectural proportions, is inextricably linked with the vishnu temple at Thirunelli. It is believed that the performance of ancestoral rites at thirunelli remain unfinished unless followed by offerings at this temple. Within the premises there is also a shrine devoted to Jala Durga, believed to have been installed by no less a personage than the legendary Parasurama. Theree are many myths connected with the temple tank here, which curiously enough never dries up!.
Distance: Kalpetta: 50kms. Sulthan Bathery: 25km. Mananthavady: 41kms.

Thirunelli temple : Nestled amidst mountains and forests, the ancient riverside temple of Thirunelli is a fine specimen of classical Kerala temple architecture. Legend has it that this temple was dedicated by the creator Lord Brahma to propitiate the presserver, Lord Vishnu. The idol is in the form of chathurbhuja. Often reffered to as Dakshina Kasi(The Kasi of South), this temple draws pilgrims from all over, primarily for ancestral rites. The two main festivals here are in April and Aug-Sept.

Papanasini, Thirunelli : A short walk from thirunelli temple is the clear mountain spring known as Papanasini. A ritual dip here is beleived to wash one away of all worldly sins.
Distance: Kalpetta: 64kms. Sulthan Bathery: 71kms. Mananthavady: 29kms.

Jain Temple (Ruined) : Apart from the Sulthan Bathery temple, there are other significant Jain remenants in Wayanad. The temples at Punchavayal and Puthenangadi are the best known of these. With their beautifully carved pillarnow partly ruined, and the area rather derelict, these sites exude a peculiar air of mystery.

Wayanad Wildlife Sanctuary – Muthanga :  Spread over a vast area, Muthanga is a part of the Nilgiri Biosphere region. Located 18 kms east of Sulthan Bathery, it is a rain foprest reserve connected to two major sanctuaries – Bandipur National Pak and Mudumalai Sanctuary in Tamilnadu. The vegetation is predominently moist deciduous forest with smaller streches of swamp, teak forests, bamboo and tall grass. amidst such fertile and varied flora, this region hosts several rare herbs and medicinal plants. With numerous watering holes, Muthanga has a large population of pachyderms, and has been declared a project elephant site. Other animal species include Leopards, Gaur, Sambar, Cheeta, Barking deer, Hanuman Lengur and Slender loris. the reserve is also home to a small population of tigers. In addition there is also profusion of birds, butterflies and insects.

Wayanad Wildlife Sanctuary – Tholpetty : Situated along northern ridge of Wayanad(bordering coorg district of Karnataka) Tholpetty is much similar to Muthanga in terms of flora and fauna. The best season to visit both sanctuaries is between Nov and May.
Distance: Kalpetta: 59kms. Sulthan Bathery:66km Mananthavady:24kms 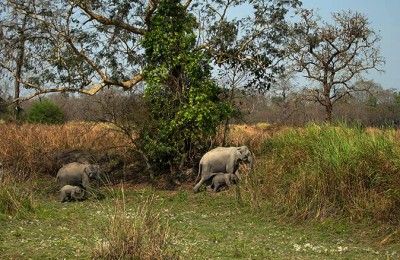